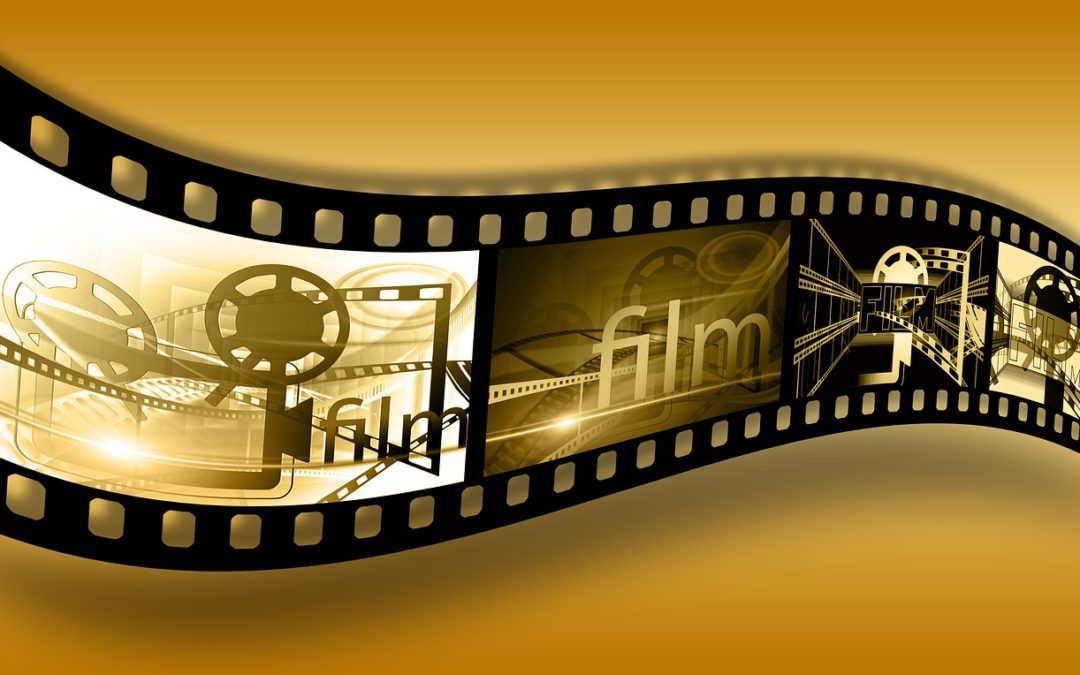 YOU OUGHT TO BE IN PICTURES –

Getting your community into the movie and TV business

The film industry can boost your local economy in both the short and long term. Throughout North Carolina, localities large and small have reaped the benefits. And the good news is that a small community does not even have to offer direct financial incentives to reap the benefits of promoting itself as “film friendly.” A municipality merely needs to provide a point of contact and provide community access.

Your job is to make things as easy as you can for the filmmakers.

Fist, designate a single staff member as your point of contact for the industry. The “Town Film Department” can start off simply as an additional duty for an existing staff member (appointing someone who is an avid fan of film and television would have its advantages). Simply having an immediate, identifiable, and knowledgeable point of contact makes life easier for the industry and could result in a favorable community reputation.

The employee could get up to speed very quickly.  That person should become familiar with the newly enacted filmmaking tax incentives for North Carolina, even if it is only the major elements.  In order to support the assertion that your municipality is film friendly, it is important to have basic information on hand, even if it is only to know how to obtain the information.  To get started, visit the website of the North Carolina film office for good information on the State’s programs.

It is also vital that the assigned employee be extensively familiar with the town, the surrounding area (a roughly twenty-five to fifty-mile radius), and the state.  Filmmakers prefer to set up in one area and then branch out. You will be working with creative people, and you never know how they may frame your locality in their minds, or what they may come to look for. If you are ready, you can send the message that a film production train has been moving in your area and it’s time to jump on.

One of the great examples for North Carolina is the movie Patch Adams, which starred Robin Williams and Phillip Seymour Hoffman.  It was shot in 1997-1998, primarily in North Carolina, with a large portion in Chapel Hill on the UNC campus (Check out the welcoming scene for the gynecological conference).  The film takes place in upstate New York at a small but distinguished university environment (UNC: check!), and for a critical scene, it needed a mountainous area with a panoramic view (Asheville: check!).

The production likely had hundreds of similar locations to choose from, but with the tax incentives in place at the time combined with a helpful community, the production set up shop in Chapel Hill (and Durham – you never know what benefits you may receive from cross-promotion, but that is a subject for another time).

Also, unbeknownst to many, the Charlotte area has stood in for other cities and countries numerous times.  It has the skyline of a big city but also has attractive suburbs, rolling hills, lakes and other diverse geographical features.  As a result, the city has played the part of Washington, D.C. for the first three seasons of Homeland.  It filled in for the state of Idaho for Shallow Hal.  Most impressively, Charlotte was the sole location for The Ultimate Gift, which in addition to North Carolina took place in New York City, West Texas and Ecuador. I think everyone can agree that it takes a very creative mind to be able to make Charlotte look like Ecuador.

North Carolina has met the imagination and requirements of many filmmakers.  Some of my favorites are: Manhattan, New York, as played by Wilmington for the majority of the film Year of the Dragon, starring Mickey Rourke; the future envisioned in the world-wide box office hit The Hunger Games, starring Jennifer Lawrence (and many other A-list actors), as played by multiple localities stretching from Charlotte through smaller localities in the foothills up to Asheville; and Los Angeles, California, played by Wilmington, Raleigh and other areas for the movie Iron Man III, another world-wide hit.  The list goes on.

For a film like Patch Adams, the benefits to the community start with what you would expect – and then go beyond.  Of course, hotels and local suppliers were overbooked and local, even regional, stores received an uptick in business. Several coffee shops in Chapel Hill and the restaurant 411 West saw increased patronage when the word got out that Williams had become a regular visitor.  In addition, local sales received a boost from the influx of regional actors and crew members.

Some of the less recognized benefits: Chapel Hill was exposed to an industry and artistic community on a grand scale that it does not usually get to see.  As a result, many students and residents became interested in the industry, some of which decided to pursue a career in film and television. Actors and crew members expressed their admiration for the area and said they hoped to return for a leisurely visit.  Also, the production donated all leftover food at the end of each day to local shelters.  That gesture did not cost anyone an additional single cent but had wonderful benefits for months.

The benefits from a particular production can last well beyond the last frame of filming. The popularity of Breaking Bad led its producers to shoot its sequel Better Call Saul in the same Albuquerque environment. Additionally, fans of both shows make “pilgrimages” solely to visit locations featured in the show.  So in addition to benefiting directly from the show production, the city has created a residual business in Breaking Bad and Better Call Saul tourists.  Apparently every town, city and even “little” filming location has a budding business in tourism.

And that’s not an isolated circumstance — witness the sight-seers and fans who continue to go to Iowa to see the cornfield baseball field, literally in the middle of nowhere, from the film Field of Dreams, released in 1989! Even more stunning are the vacationers that still trek to the villages outside of Ajim and Jerba in Tunisia to visit some of the sets that are still standing from the original Star Wars – released in 1977!  The locals still sell trinkets and local cuisine.

It’s not all about Hollywood

Big Hollywood productions are not the only game in town.  Independent features, local television shows and commercials of all scales are shot throughout the state.  In fact, the small productions can be just as beneficial to the community as any major releases. Television productions can also find themselves outside major metro areas – Sleepy Hollow and Under the Dome are among the series that have filmed in smaller-town North Carolina.

For example, The Rusty Bucket Kids is a locally produced show airing on WRAL-TV on Saturday mornings that has been shooting primarily in Apex. Although the production is modest and the reach is limited, the benefit to the community has been measurable.

First and foremost, the production spends money in the community. Food, costumes, equipment and quick emergency purchases (in addition to many other costs) take place on location. Temporary employment is often a benefit as well. But community cooperation adds to the benefits as well.

The Peak City Grill & Bar is a frequent and recognizable location on the show. Recently, the owner estimated that his business has generated at least an extra one thousand dollars due to customers who recognized it from the show and stopped in out of curiosity. For a small business, that is a sizable return for making itself available as a filming location during its off hours. Of course, as the show continues production, the restaurant will continue to receive local exposure – and essentially free television advertising.

There could be a much larger upside from the restaurant’s participation in this modest local project as well. The producer of The Rusty Bucket Kids has been and is involved with regional and national productions, some of which shoot in North Carolina. It is easy to see how The Peak City Grill & Bar is at the top of the list for possible locations for any shoot with which the film producer may be involved. Most certainly, the company is looking at filming locations in Apex first.

Apex opened itself up and welcomed the film company at the start. The police department has been very friendly and offered assistance in many different matters. The producer and lead writer recently said that he is currently writing projects specifically with Apex locations in mind because access to simple exterior shots of a police station and other buildings has stirred his imagination. Clearly one apparently insignificant step may lead to much bigger leaps.

The investment to get started is miniscule and can be easily managed as interest increases.

A lot of important information can be found at the North Carolina Film Office website filmnc.com and also at ncfilmnews.com.  Your staff can even contact the NC film office first to establish a relationship, but then also to obtain advice about further steps and to get early information about possible upcoming productions.  Becoming familiar with the variety of productions in the state will help in making connections within the industry. Staying in touch with websites like NCFilmnews.com will also keep you up-to-date.

Personnel should also initiate contact with universities and community colleges to indicate a town’s openness to film projects.  Something as simple as putting a notice up at a school’s film department can put your town in the game.

These simple initial steps can immediately put a community into contention for film projects. With a few further low cost moves, the town can really raise its profile as a favorable location. At some point down the line, the municipality would have to provide more advanced information such as private homes and businesses available for use in the productions. Renting to major film projects can be very lucrative and is usually a fun experience.

If the “Open for Business” sign in front of your town attracts enough attention, there are a myriad of ways to generate more interest and to become a go-to location. The opportunities for attracting business are becoming greater with the growing desire of filmmakers to have their films look authentic.

As the old saying goes, “Being nice don’t cost ya’ nothin’.”  In this case, it could end up benefiting you a whole lot. Sometimes a simple welcome mat may be the easiest way to boost local business.

The primary author of this post is Friend of the Firm Victor Lee. Please see our disclaimer and let us know if you have any questions for us.