James Terry Sanford was born in Laurinburg, North Carolina. He was an Eagle Scout as a youth, served in World War II, was an FBI special agent, and earned his undergraduate and law degrees from UNC Chapel Hill.

Sanford was the assistant director of the UNC Chapel Hill Institute of Government (now the School of Government) from 1946 to 1948. Sanford then began to practice law until he was elected Governor of North Carolina.  Sanford served as Governor from 1961 to 1965. In that office and thereafter, Sanford was a strong supporter of education, desegregation, and Sanford also helped to expand the Research Triangle Park.

Sanford became President of Duke University in 1969, an office he held from 1969 until 1985 and where he achieved many things (including the hiring of Mike Krzyzewski). 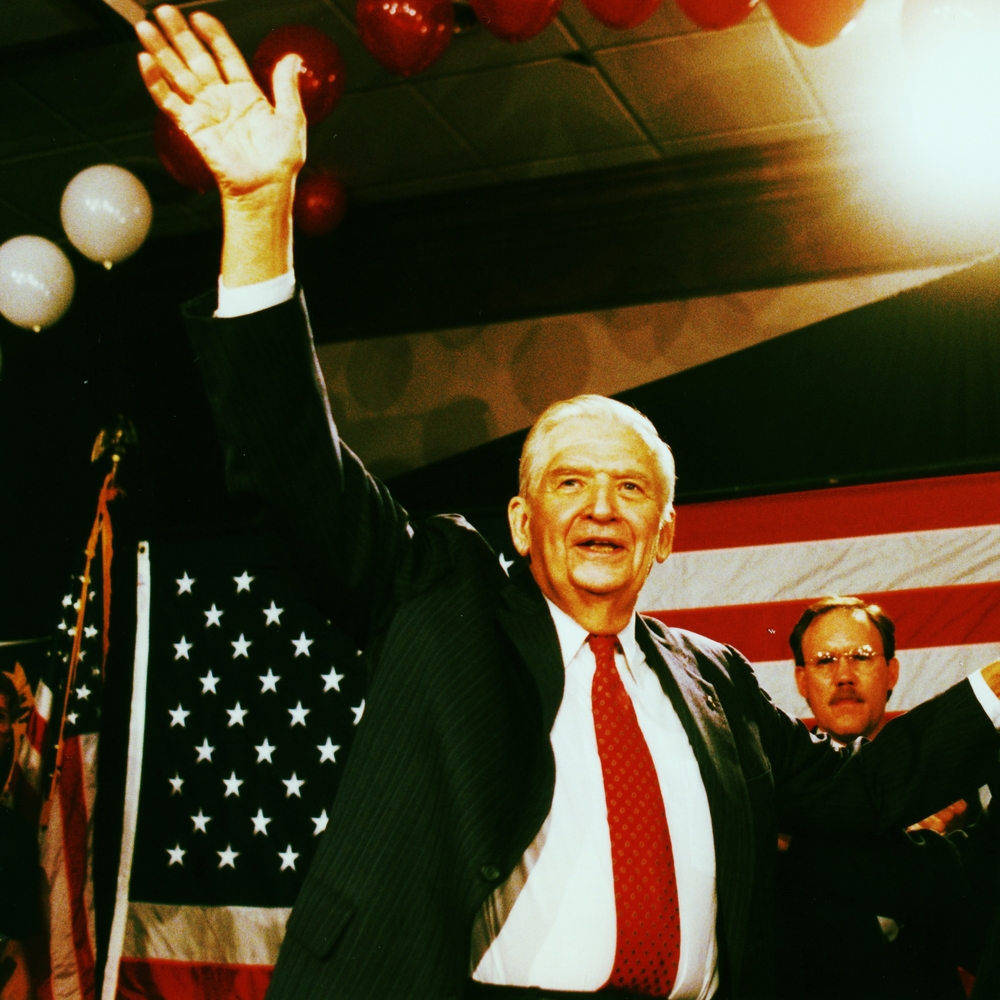