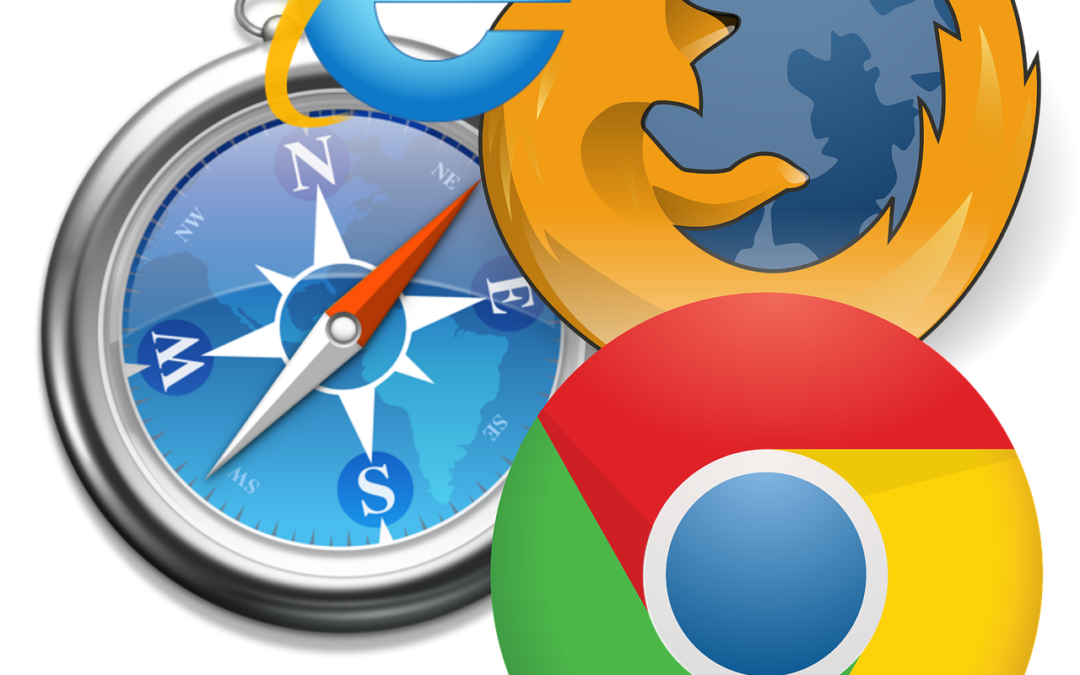 Part One of a Series on what it is, why it’s important and how it can be provided

It is a bit late to announce that the age of the internet is here to stay. Even now, new uses and capabilities are constantly developed, and as a result society continually faces developing issues regarding its uses.  In just the past few years, radical changes in how society works, plays and simply communicates have been remarkable, and we can expect much more.  This series of posts will explore the importance of broadband internet service to the development of North Carolina and the increasingly contentious issue of whether municipalities should provide broadband internet service to its citizens.

DSL (Digital Subscriber Line) is transmitted through existing telephone wires.  The speed and dependability of the connection is contingent upon the subscriber’s proximity to the internet service provider (ISP).

CABLE typically offers faster speeds than DSL since it is not contingent upon the distance from the ISP. However, cable internet speeds can be adversely impacted by the usage of people near the subscriber.  If a number of people in close proximity use cable internet at the same time, then everyone’s connection suffers.

SATELLITE is an option for those who live in an area that does not have access to cable or DSL connections.   This option has limiting and undesirable features.  Satellite is more expensive since it requires installation of equipment.  Slow speeds are also a concern since the signal literally travels to and from a satellite 22,000 miles above the earth.  The reliability of the connection is also subject to the weather and terrain.

WIRELESS (“Wi-Fi”) is available in any location through the use of a portable hotspot, tethering data from a smart phone or using a municipal wireless network.  Municipalities with wireless networks can provide Wi-Fi over a large geographical area.

The physical hard lines of DSL and cable are far preferable to satellite for reliability, speed and expense.  However, those resources are dependent upon the ISPs to install the proper infrastructure to support internet service.  Often times it is not cost effective for those companies to do so, and as a result, there has been a growing trend of municipalities providing internet service.

PART ONE: THE NEW COMMUNITY ENTITLEMENT

High-speed internet is no longer just in demand.  Residents of every community now routinely expect to have access to broadband service like any other utility such as water and electricity.   Furthermore, today’s online users require reliability, high-speed and high capability, not just mere “availability.”   There are multiple reasons for this new standard of availability.

WHO WORKS FROM HOME?  WELL…

High-speed internet access has resulted in a dramatic increase in remote work, done most often from home by individuals, contractors, small businesses and corporate employees.  The myriad personal and business capabilities of broadband have certainly been eye opening.  Due to this standard feature of every community, barriers to commercial growth and personal development are constantly falling away.  In fact, some may think that there are no barriers at all.

Conducting business online is so standard that most people could not imagine any other way of doing so.  A routine workday consists of online activities such as checking emails, doing research and retrieving documents from the Cloud.  Even retail business has been so radically overhauled that it is nearly unrecognizable from the turn of the century.  It is hard to imagine that not so long ago, most people were skeptical of the viability of a company whose sole business was to sell books online with no brick and mortar storefronts.  Today, there are people who go to Amazon.com to not only buy their books but often everything else as well.

On the more modest side, I don’t even have to look any further than my own home for an example: my wife works here in Carrboro for a company based in California, both of whom regularly collaborate with colleagues in other parts of the country and Europe.  An increasingly common attribute of this type of business is that my wife, her employer and her other colleagues have never met face to face, yet they have a very efficient and beneficial business relationship.

Although most of us are aware that a great deal of businesses is conducted through the internet, there are some remarkable examples of remote collaboration in entertainment and sports.  It is now commonplace for television and film productions to scout and film projects in one location and to send their product to a home base in order to work on it.

Sometimes collaboration not only takes place across the country but also around the world.  Different parts of the “Despicable Me” series of animated films were worked on in different countries, including the United States and France.  The long distance collaborations have been very fruitful, again without most of the artists and other employees ever having met in person.

Surprisingly in the world of sports, there is a growing trend in remote coaching. Because of the intimate nature of the coach-athlete relationship at the highest levels, remote coaching was rare or non-existent until recently.  It is now more common for high-level athletes to receive instruction from coaches who may not even be on the same continent.

A remote coaching relationship makes sense when you consider that, for example, each year top triathletes from across the country and abroad, travel to Hawai’i to compete in the sport’s signature event, the Iron Man.  A coach accompanying an athlete was a cost prohibitive luxury available mostly to elite competitors.  But a camera and reliable broadband have made it possible for other athletes to also have a coach “on site” and to have the same resource as the most elite.  Rest assured, sports is not the only world in which people desire a competitive advantage.

Over time, businesses have acknowledged that a comfortable worker is a better worker, and many people are more comfortable in an environment that they are familiar with and can control: home.  With broadband, businesses have found it easier than ever before to be able to work with the people they prefer, wherever they are located, at a fraction of the cost.

Companies can attract the best candidates from around the world without having to worry about the expense and social concerns of relocation.  Precious time and money can be devoted more appropriately to simply doing business instead of merely getting prepared to do business.

Every community depends upon internet access for the benefit of even the humblest local businesses.  If you think this is overstating the case, think of the number of times you have gone online to get information about products, prices or even simply the location of a business.  Also notice the highly present available “free wi-fi” at many businesses.   Customers and retailers alike have become inured to the presence of the internet, but make no mistake about it – efficient and reliable broadband is essential to business and the growth of a community.

OH YEAH, I DON’T WORK ALL THE TIME

Even if a person doesn’t work from home, the expectations for internet service are extremely high.  Because of the increased ease of access to music, movies and video games, a greater and greater proportion of the population depends upon the internet for entertainment.

Broadband is critical for leisure activities since it provides a smoother user experience (downloads, streaming video, etc.).  The necessity of high capability broadband service for entertainment purposes cannot be underestimated.

The music CD has been in precipitous decline for years now, see here and here and a similar fate awaits the DVD.

Years ago, the music and film industries did not seriously consider such internet uses a commercial threat – to their detriment.  They are now suffering and desperately trying to catch up in order to create new business models in order to save their industries.  Based on this history, it is worthwhile to pay attention to cutting edge innovations in broadband technology and its uses.

SO WHAT IS THE PROBLEM?

The widely available telecommuting option has resulted in many people not only taking advantage of the opportunity to ensconce themselves at home but also to move to the more peaceful surroundings of rural areas.  Unfortunately, rural areas are usually sparsely populated and therefore not cost-effective for ISPs to provide broadband service.  Of course, this circumstance creates a great amount of difficulty for the remote worker.

The inability of people to work at home has a significant impact on a municipality.  For example, the market for a residence in a rural location but still within the borders of a municipality would greatly be affected by the availability of broadband.  Recently, a family I knew had decided to back out of a home purchase in Chapel Hill since only satellite broadband service was available.  In addition to business considerations, they felt that reliable high-speed internet was essential to their ability to homeschool their children in emerging technology fields.

The increasing importance of broadband — and the refusal of the private sector to provide service in many rural areas – has led local governments across the country to look for alternative ways to provide the service to residents. Two of the leaders in this effort have been Chattanooga, Tennessee, and our own City of Wilson, North Carolina. Each of these cities undertook to operate in the local marketplace as a direct provider of broadband services, and then each was met with legislative action – promoted by the private broadband providers – to prohibit the localities from acting. Over 20 states now have similar legislation blocking municipalities from directly providing broadband service direct to consumers.

The Federal Communications Commission in 2015 weighed-in on the side of Wilson and Chattanooga, by publishing regulations that found the North Carolina law blocking municipalities from providing this service conflicted with federal law and was therefore invalid. Private providers sued and won in federal court. The FCC declined to pursue a further appeal, and stated it would look for other ways to promote rural broadband. More information on the court cases can be found here and here.

The stakes are high in this contest. Local governments governments want to create the best environment for their own survival, and private providers are trying to limit completion they say is unfair and of course protect their own investments.

For the sake of its residents, municipalities must address the issue of reliable broadband service and must do so now.  The pace of technology and life style changes continues to move at a remarkable pace, and municipalities cannot afford to fall behind the curve and miss unimagined opportunities.  Though the possible uses and ramifications of broadband use cannot be foreseen, rest assured it affects ongoing activities in every municipality.

This series will continue with a discussion of the developing legal landscape of direct internet providing, different approaches local governments are working on, and other issues on interest.

The primary author of this post is friend of the Firm Victor Lee.

Please see our disclaimer and let us know if you have any questions.