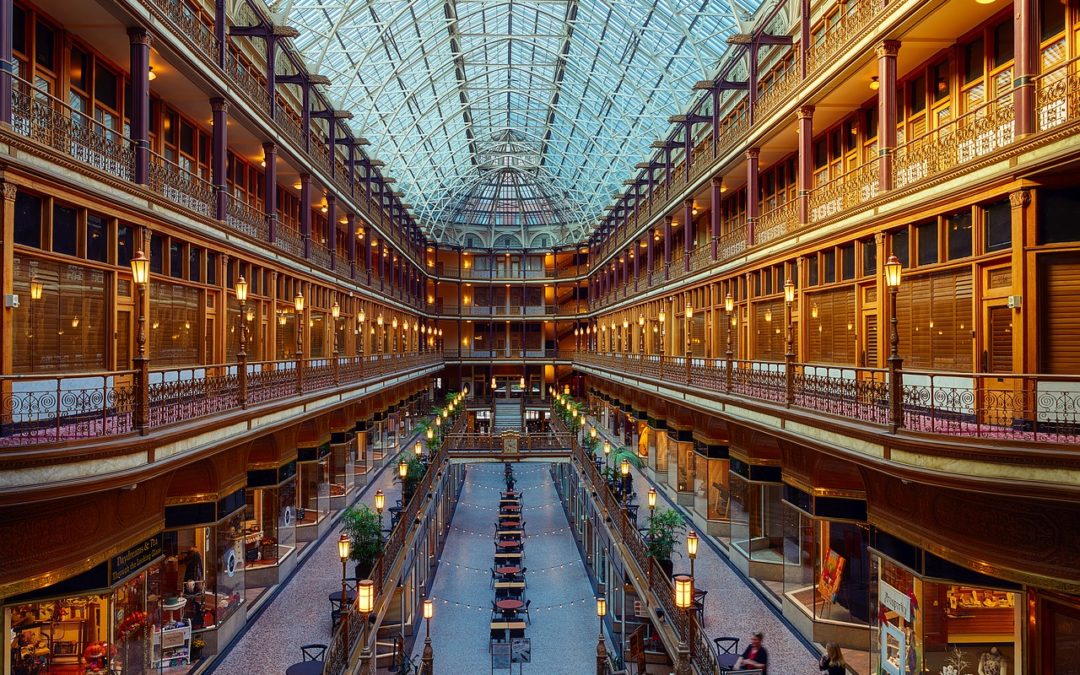 My first job in high school was as a lowly “dump girl” at Nordstrom. Hired to work Nordstrom’s Anniversary Sale at the famous South Coast Plaza mall, girls who “ran dump” were tasked with rapidly restocking the sales floor with copious amounts of tried-on clothing so commission-based sales associates could move the maximum amount of merchandise. In today’s retail world, dump girls may become a thing of the past as evidenced by the retailer opening smaller stores they call Nordstrom Local. Gone are the vast piles of clothing as this luxury  retailer reimagines the shopping experience by engaging customers without  stocking merchandise in its newest outlets. On a much smaller footprint, the department store invites a more intimate experience: customers meet with complimentary personal stylists and tailors on-site and enjoy amenities like manicures and lattes while shopping for clothing online that will be tried on after it is shipped to their local store.

Retailers like Nordstrom must explore innovative ways to maintain their bottom line as brick and mortar stores are increasingly shuttered across America with the rise of the online consumer. The disappearing mall shopper phenomena is glaringly obvious in North Carolina where outlets like Northgate Mall in Durham and University Place in Chapel Hill have struggled to keep their doors open as larger tenant department stores began vacating these properties years ago. Since the Chapel Hill mall opened in 1973, department stores including Ivey’s, Roses, Dillards, and Hudson Belk have cycled through. Northgate Mall was once anchored by Sears—which filed for bankruptcy in late 2018. Both Northgate Mall and University Place have been recently acquired, and new owners will be challenged with revitalizing these properties.

For years experts warnedabout the decline of the American mall. The oft-repeated retail doomsday prediction goes like this: an anchor tenant leaves a mall due to declining sales and the cost of a pricey real estate footprint; smaller tenants renegotiate their leases, but the inevitable declining mall traffic leads to more retail vacancies and the eventual demise of the property. Not so fast, say retail analysts at A.T. Kearney. These experts explain that yesterday’s malls are not doomed to a retail apocalypse but must be reimagined to transform into consumer engagement spaces (CESs). Kearney sees the future of retail real estate as a customer-centric space that offers experiences. Successful CESs will fall into four categories: destination centers, values centers, innovation centers and “retaildential” spaces.

Most are familiar with the destination center concept. Think of consumer experiences such as the indoor skate rink or fishing in an indoor pond at a Bass Pro Shop. In Columbus, Ohio, for example, Eddie Bauer’s customers can test parkas in the store’s human-sized freezer, aptly called the Ice Box. Minnesota’s famous Mall of America—inarguably a destination center already—has recently proposed building an indoor water park.

Values centers will be organized around an idea or concept such as art, healthy living, animal rights or a specific ethnicity. The idea is to draw a consumer attracted to that value. Think of it like a mall with a theme. At these centers you might find the wares of local artisans, exhibits, concerts, food offerings or classes related to that value. A “healthy living” value center might include a gym, yoga classes, natural food restaurants, supplement stores and fitness clothing retailers. In Los Angeles, Next Health which calls itself a “health optimization center” has recently opened a mall location where it provides cutting edge technology including cryotherapy and genetic testing alongside wellness programs overseen by medical professionals.

Tech will necessarily play an increasing role in all CESs, but in the innovation centers, the consumer willfully engages with the retailer. Innovation centers will be beta testing ground for businesses and consumers alike. Imagine kids at the Apple store getting personalized tutorials in an iMovie class using the latest technology as the retailer (who also happens to be the manufacturer) uses technology to study how their target consumer approaches their product. That consumer information and the direct feedback gleaned from these innovation centers will be as valuable or more so than any product sold.

Retaildential centers will harbor mixed-use spaces targeted at a specific population. These spaces will be highly curated with entertainment, restaurants, retail offerings and services geared toward a specific demographic. Japan’s largest retailer AEON Co. recently renovated thirteen outlets to pivot toward Japan’s aging population. AEON studied the needs of this demographic and tailored their offerings to specifically draw in and engage the aging population with morning exercise classes that complement the asatomo (morning-friends) socializing rituals the elderly Japanese enjoy.

So, what is the future of North Carolina’s malls? University Place buyer Ram Realty Advisors states they are contemplating office, lodging and residential options at the Chapel Hill location. Past owners have already brought in Silverspot Cinemas, an upscale cinema that offers a different kind of movie experience, and restaurants that complement the gourmet grocer A Southern Season which has been a tenant at this location since 2003. With the addition of lodging, office space or other dining options might this mall be transformed into a new retaildential center? Tens of thousands of Carolina fans move through this town annually and a there is captive university population, allowing the new buyer to explore any one of the four experiential CES models.

The incentive for local town councils to work with developers to ensure these reimagined malls thrive is obvious. In addition to curating a sense of community and providing residents the services, experiences and products they crave, by reimagining the mall, North Carolina’s towns will profit by keeping their tax dollars at home.

The principal author of this post is our colleague Jennifer Romm. Click here to learn more about our community economic development practice, and contact us if you want to talk about the evolving future of shopping malls might affect your community